NOTE:  This post was originally published on my previous blog, The Healing Project.  It is a continuation of the key principles of Louise Hay’s philosophy and outlines three more points that are the basis for “You Can Heal Your Life.”

“Resentment, criticism, and guilt are the most damaging patterns.”

There are many thought patterns that can be harmful to us, especially if we engage in them on a regular basis.   However, some patterns are more harmful than others, and Louise Hay contends that resentment, criticism, and guilt are the most damaging patterns of all.  Upon reflection, I would have to agree with her.  Let’s look at these patterns one by one, along with some examples of each, to drive the point home.

a feeling of indignant displeasure or persistent ill will at something regarded as a wrong, insult, or injury

It is normal to notice when we are wronged and to be upset by it.  But when we continue to rehash a bad situation and ruminate upon how unfair or wrong it was, it can be harmful to our sense of well-being, as well as our health.   There is a man I know who felt he was treated unfairly at work and had filed a grievance against his employer.  Even several years later, one could not have a conversation with him without the topic of his grievance coming up.  Not only did this repel others from desiring to be in his company, I’m sure it also destroyed his inner peace and happiness.  This is just one example of the harmful effects of resentment.

When one is either the target or the source of criticism, it is damaging.  Yet the most detrimental form of criticism is when it is self-directed.  I can speak of this from extensive personal experience.  I used to be extremely critical toward myself.  I had a running tape inside my head of all of the ways in which I was deficient and didn’t measure up to my expectations.  At times my self-criticism would be voiced, but the verbal complaints paled in comparison to the negative voice which lived inside of my head.  I am convinced that the many health complaints which I have today were created by means of my intense criticism of all facets of my being – my appearance, my career pursuits, my interactions with others, you name it… I am gradually turning this around and the negative tape is no longer the constant presence it once was.   As I emerge from the chasm that was my self-criticism, I gain an ever increasing amount of joy, peace, and happiness.  And interestingly enough, as I criticize myself less often, others are less prone to denigrate me as well.  I am also less prone to deriding others.  Win, win!

As the old saying goes, guilt is a wasted emotion.  It doesn’t make anyone feel better, and it cannot do anything to change a given situation.  It is also often misplaced and experienced by people who have nothing to feel guilty about in the first place!  The famous radio talk show host, Dr. Laura, says that guilt is only merited if one has truly done something wrong.  Even then, the guilt should only serve to motivate the individual to do whatever he or she can do to make amends to those they have wronged.  If you have done all you can to make things right, then let the guilt go.  I once had a seminar leader who stated, “Let it go; it’s killing you!”  He was referring to the ongoing guilt and regret which we experience about things that are past and cannot be changed.

If you have done something wrong, apologize, make amends, do what you can to make up for your infractions.  Don’t ruminate in wasted feelings of guilt.  If you have not done anything wrong, do whatever you need to do to release your guilt.  As Louise Hay says, “Your sentence is now over, so let yourself out of prison.”

“Releasing resentment will dissolve even cancer.”

It is Louise Hay’s contention that cancer is caused by deep resentment held for a long time until it literally eats away at the body.  As she states on page 169 of “You Can Heal Your Life,” those who develop cancer often experienced something in childhood which destroyed their sense of trust and led them to find it difficult to develop and maintain long-term, meaningful relationships.   These individuals also have a tendency to feel hopeless and helpless and to be highly self-critical.   A big key toward healing cancer is for the person to release their resentment toward the past and those who hurt them and to learn to love and accept themselves.

I realize that the above paragraph may be difficult to take in and accept.  I am reminded of the 12-step group maxim, “Take what you like and leave the rest.”  If the idea that cancer is caused by resentment seems implausible to you, perhaps this is a concept from Louise Hay that you will choose to leave.  However, as I wrote about under the previous key, resentment can and does cause a lot of damage in those who harbor it, and we would all benefit tremendously from releasing any resentment we hold, particularly resentment of a deep and long-standing nature.  So instead of thinking about dissolving cancer by releasing resentment, why not consider the increased sense of well-being or lightheartedness which you could gain by letting go of a grudge that you hold.

“We must release the past and forgive everyone.”

When we are angry at others and hold grudges, it hurts us more than it hurts the other person.  Think about it… They are off living their lives while we are stewing and seething over how they have wronged us.   Often the person we choose not to forgive is not even in our lives any longer; they may even be deceased.  Yet we hold on to our anger and resentment because we feel justified in doing so.

You may have heard of the expression, “He would rather be right than happy.”  So many people are what might be called “right fighters.”  They are indignant about their position and swear that they are right in their assertions.  They may even BE right, yet that’s not what’s most important.  What’s most important is, are they happy?  Do they have peace of mind?  Are they enjoying their lives, or are they so wrapped up in their being right and someone else being wrong that all of the enjoyment has slipped out of living?

Forgiving someone for what they have done does not mean that you are saying what they did was okay.  Forgiveness is more about YOU than it is about the other person.  When you forgive someone, you are giving yourself permission to release the past and move on with your life.  If all or most of your energy is wrapped up in being angry at someone who hurt you, where is the energy for creating a life you love?

I remember reading a story about a woman who was raped.  Of course, rape is one of the most horrific atrocities which a human being can endure.  There is a temptation to want to crawl up and retreat from life, to go into a sort of cocoon and hide from life.  Yet this particular woman was extremely strong.  I don’t remember her exact words, but her sentiment has stuck with me.  She expressed that although the monster who raped her subjected her to pain and indignity for an hour, she wasn’t going to give him the power to take any more from her than he had already taken.  She decided to let go of the experience (I would imagine this wasn’t immediate and took some time) and embrace the rest of her life with strength, joy and conviction.  Her story was truly empowering to read!

One of the best ways to release the past is to look for lessons from your experiences.  It is a good practice to always ask yourself, “What can I learn from this experience?” or “How has this experience shaped me as a person? How am I a better person as a result of this challenge?”  We all go through difficult times, some of us more than others.  There are many times when life doesn’t feel fair, but once something has happened, we can’t turn back the clock and change it.

“The point of power is always in the present moment. The past is over and done and has no power over me. I can begin to be free in this moment. Today’s thoughts create my future. I am in charge. I now take my own power back. I am safe and I am free.”

One thought on “Principles of Louise Hay – Part 3”

Check Out My Books 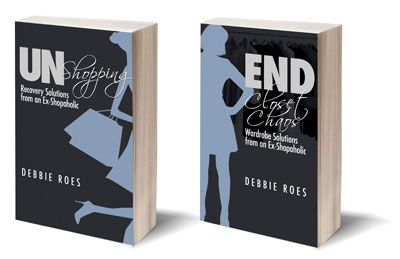